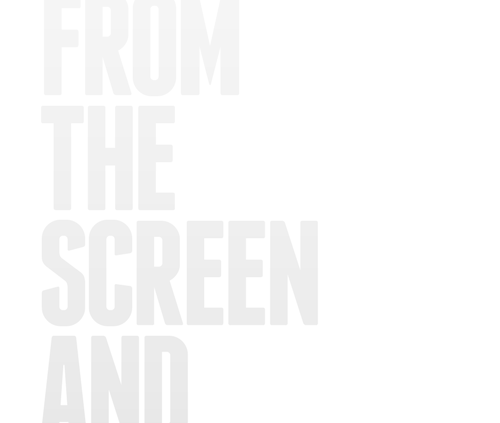 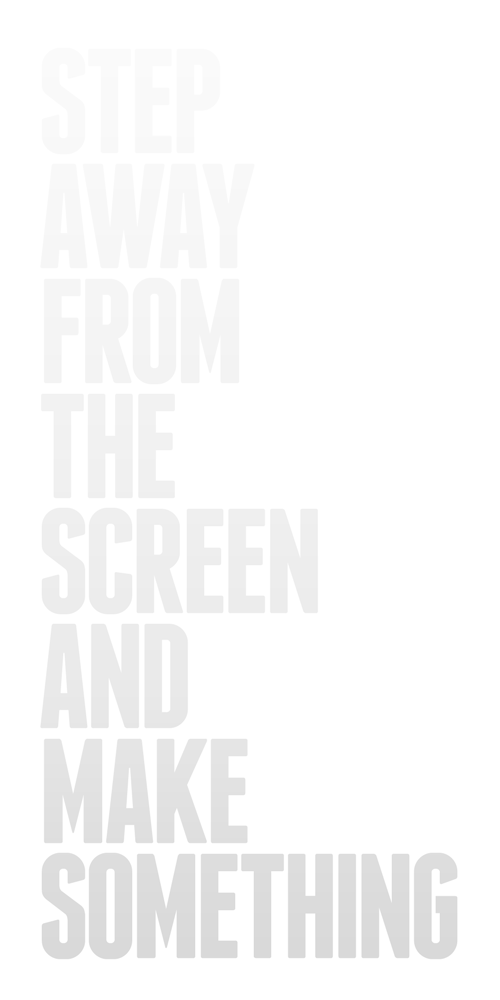 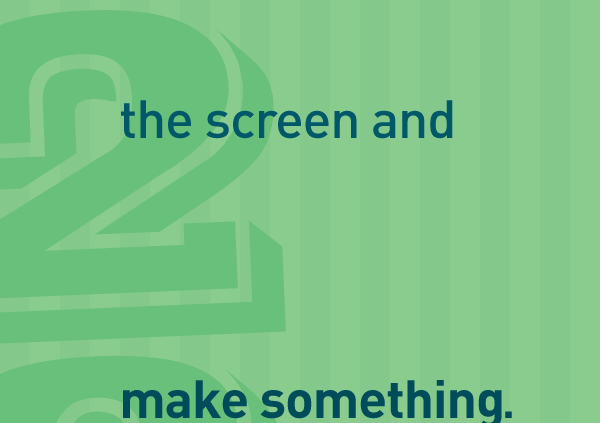 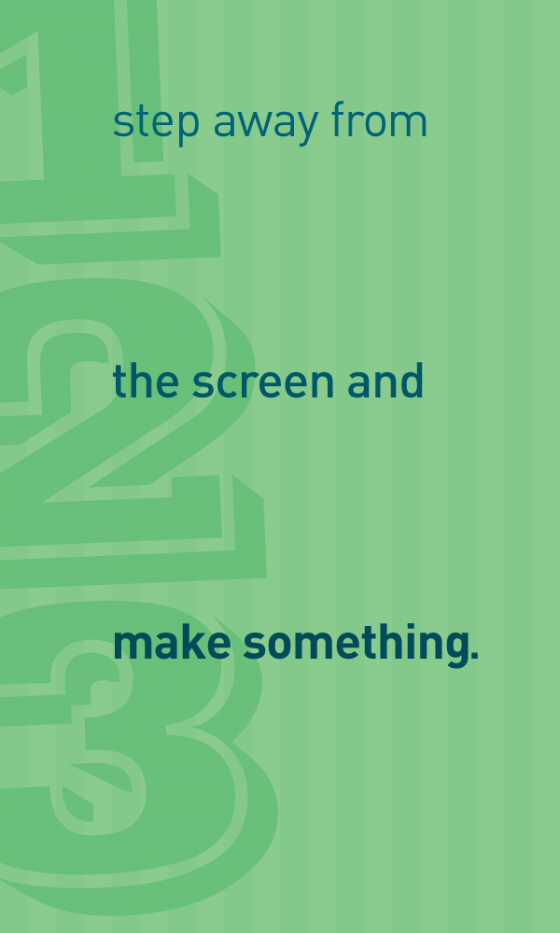 It’s as easy as 1-2-3! Turn off your screen and go make something. Right now. We’ll meet back here tomorrow. 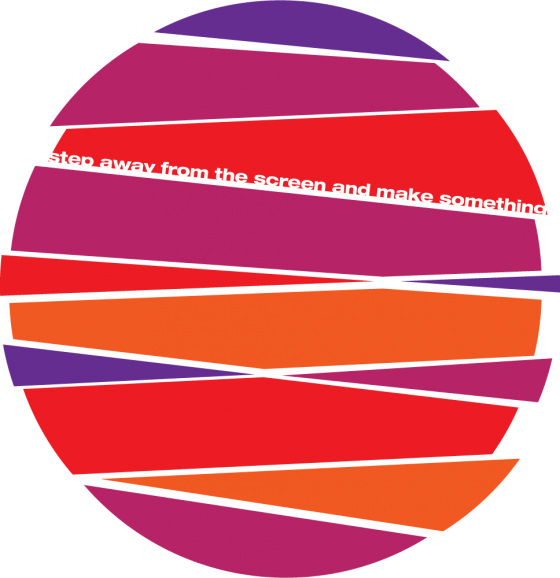 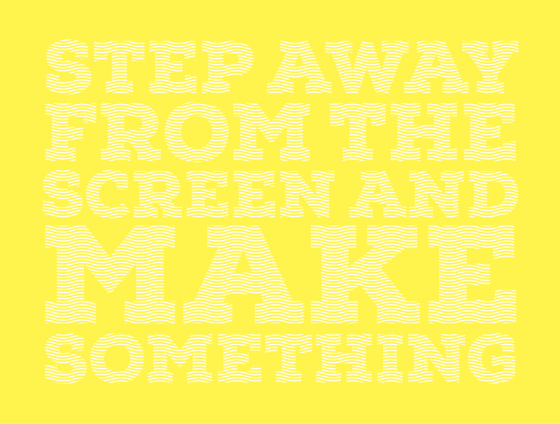 Hey friends! We’re 1/3 of the way through this project!

Let’s take stock, shall we? What have you made? Anything you’re super proud of? Have you been more meaningful with your screen time? Have you tried harder to step away and do something off screen?

I would love to see what you’ve done. And I thought it might be fun for us to celebrate and encourage each other, so I’ve created a Facebook group for us. That’s RICH with irony, I realize. But there’s the dichotomy of our world, y’know? Going on screen to share with friends about the things we made when we were away from our screens. It’s complicated.

Please join me over there. And spread the word to all your maker friends.

Now go make something awesome this weekend. Can’t wait to see it! 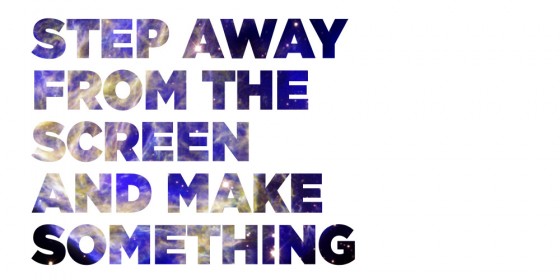 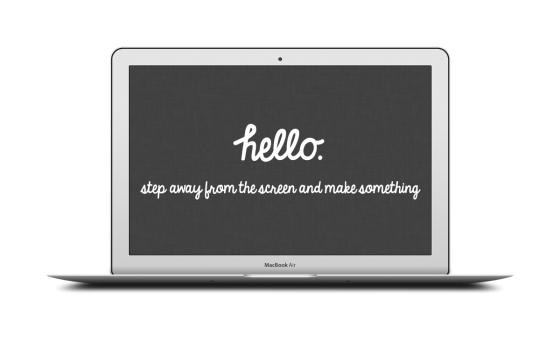 Paying homage to the first Macintosh. Which presaged my life with screens. 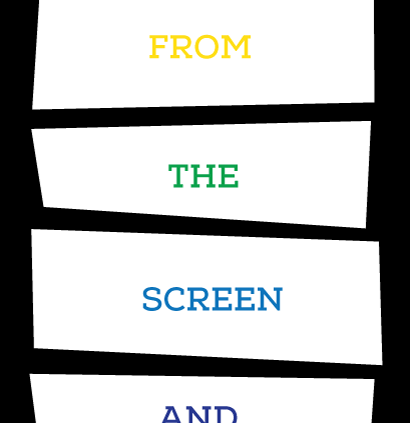 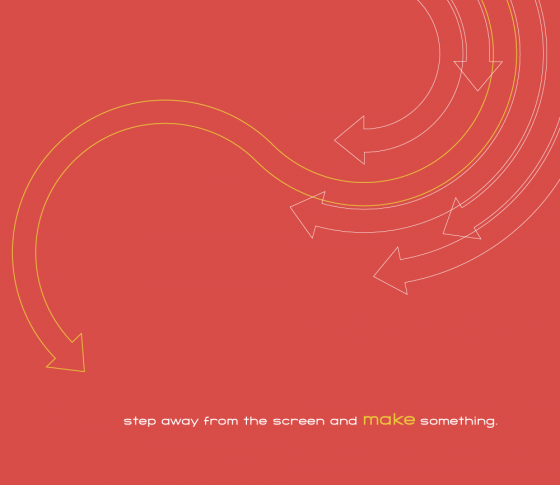 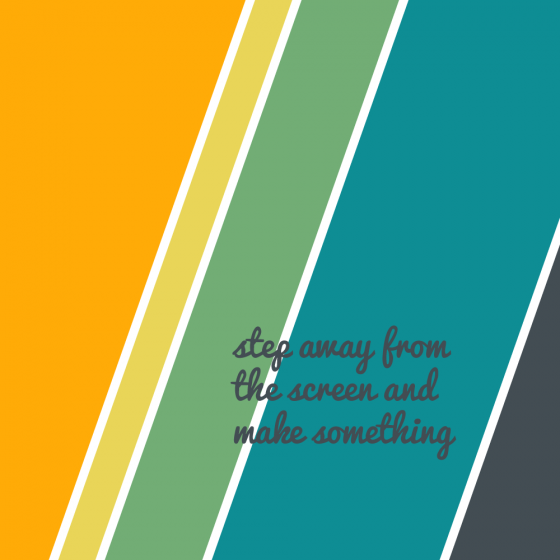 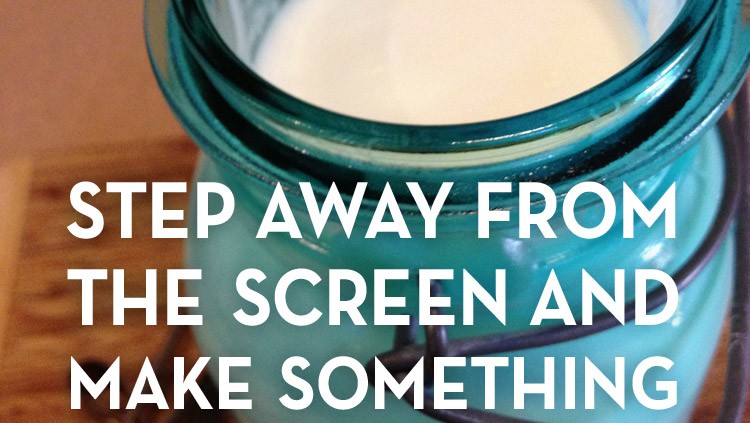 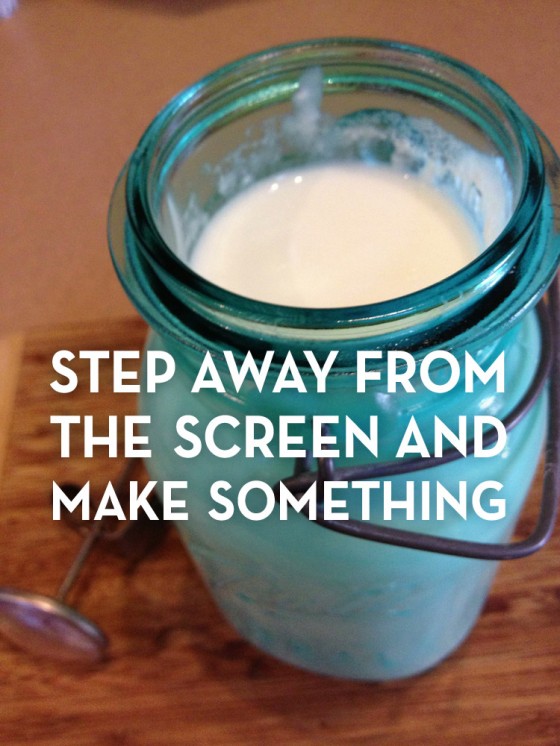