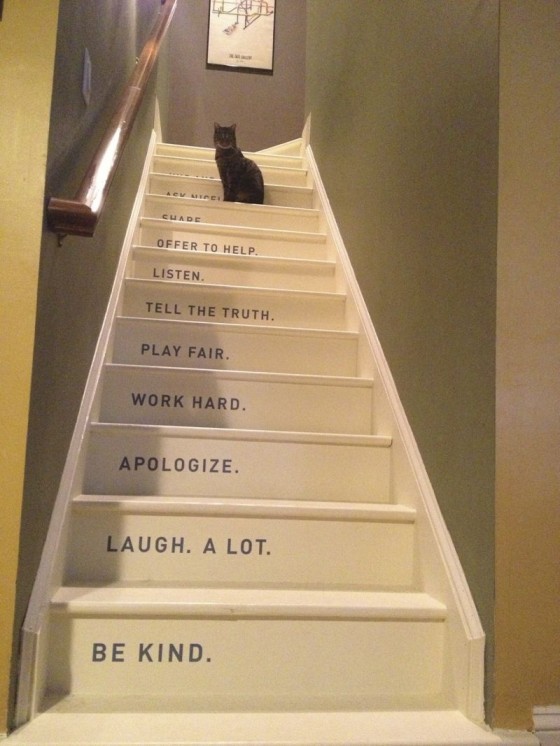 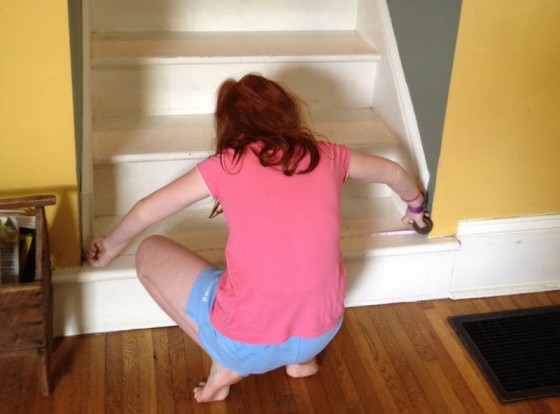 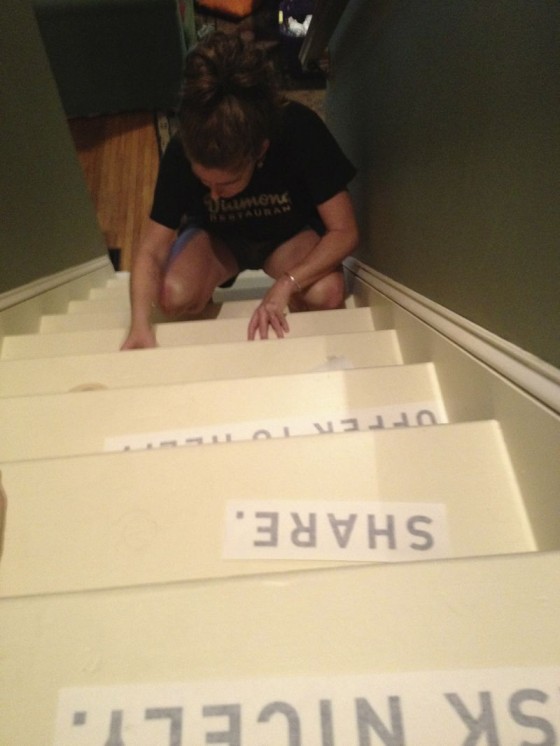 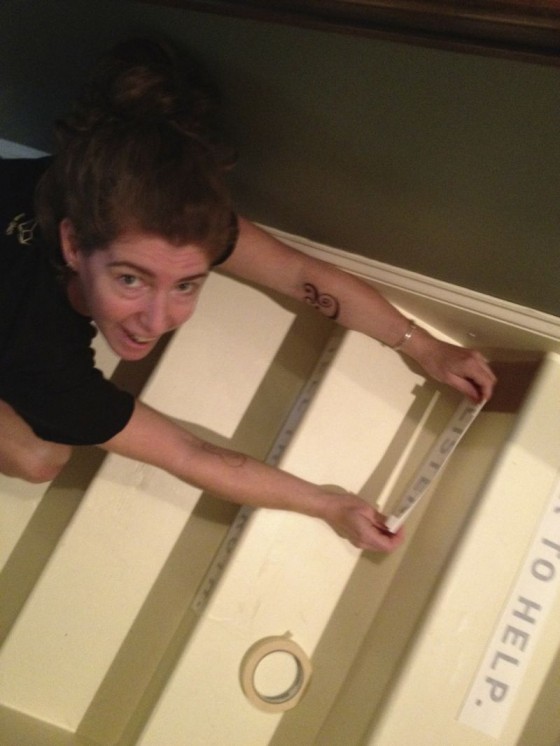 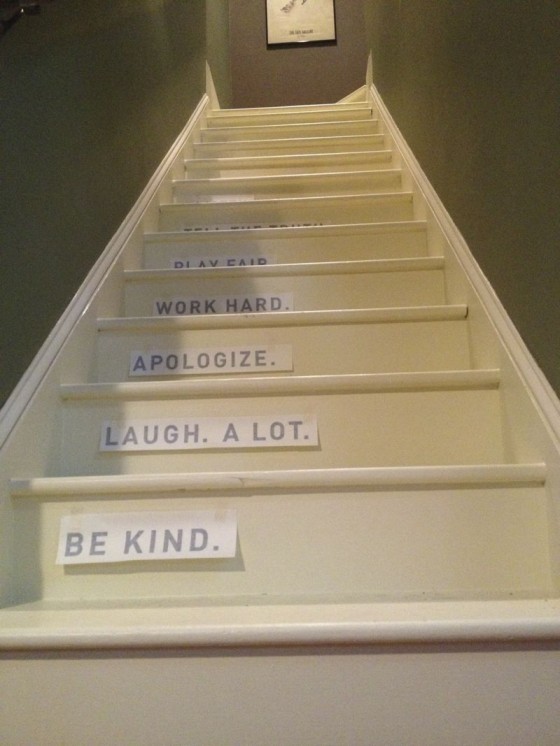 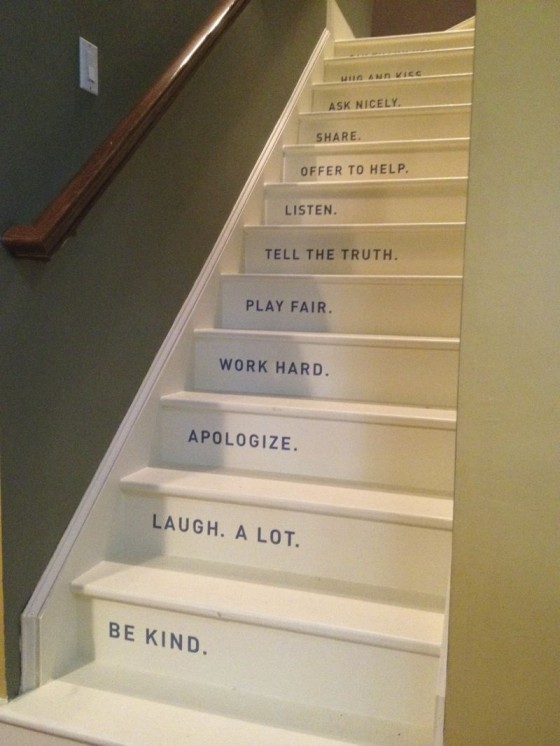 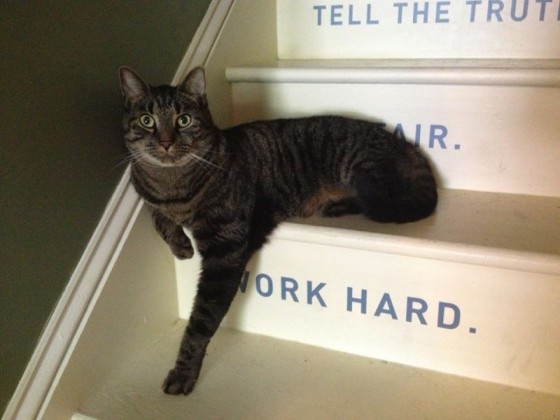 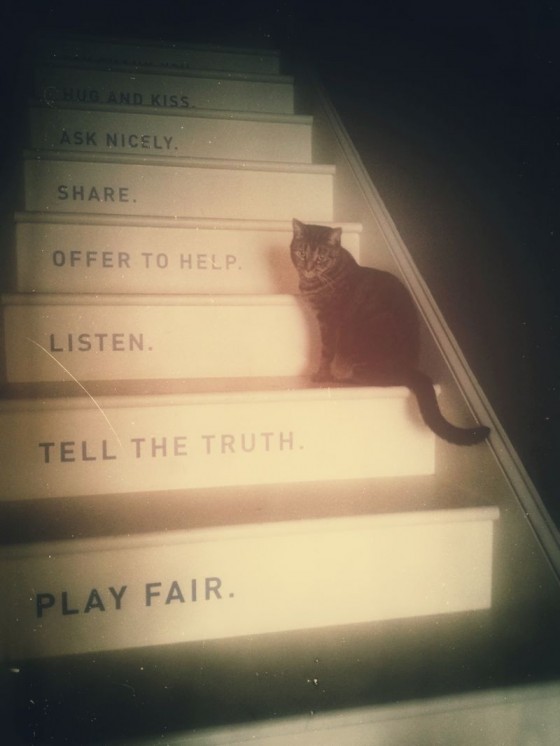 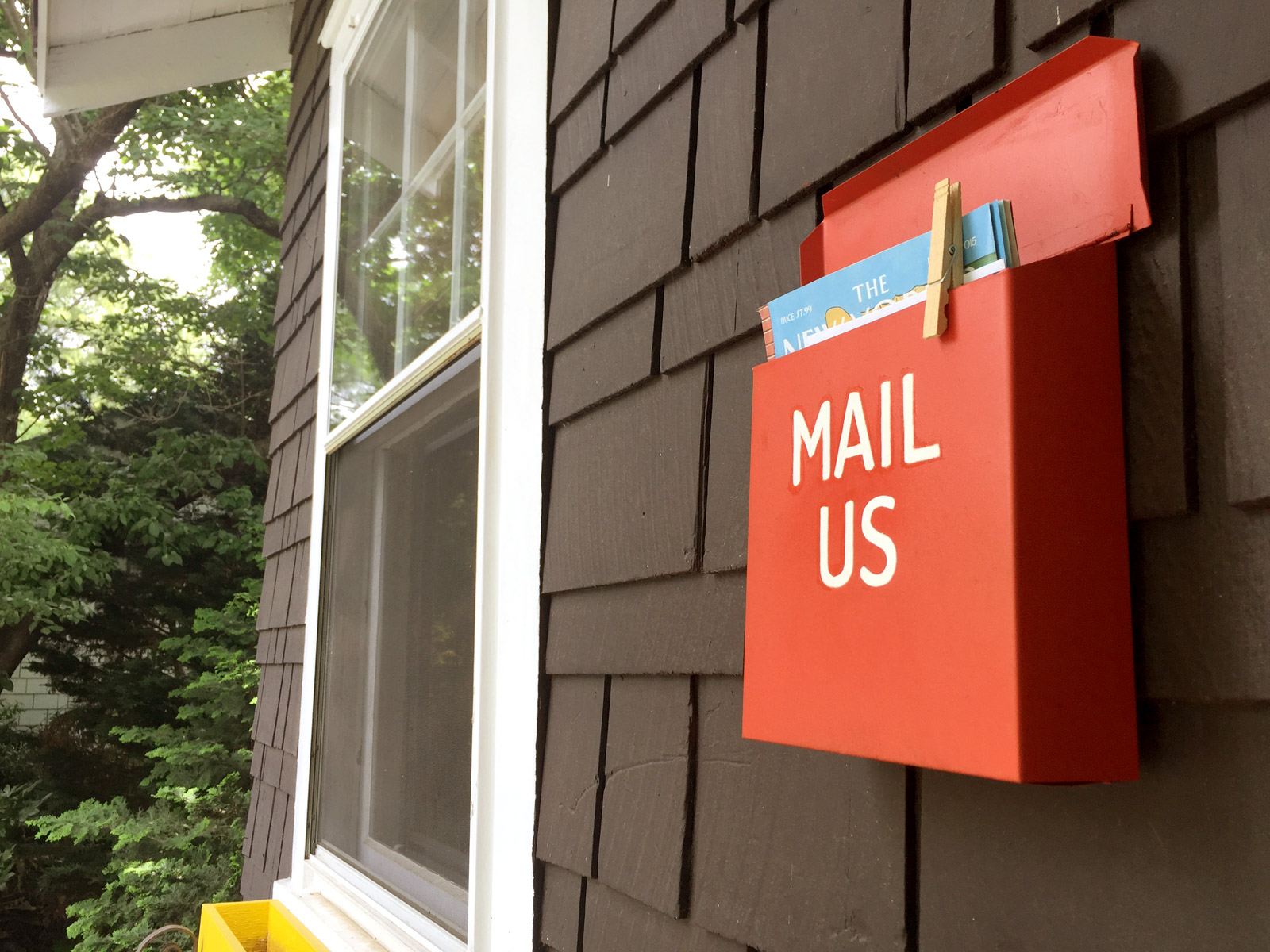 It’s time for another Step Away project! This time I took on the mailbox.

When we moved into our house 7 years ago, we inherited a plain, black mailbox mounted on the wall of the front porch. It wasn’t interesting, but it also wasn’t offensive. So it stayed, but with the plan that someday I wanted to make it better.

Now that I’m in the middle of my Step Away challenge, I decided the mailbox’s time had come. First thing I did was paint it. (So quickly that I didn’t even get a picture of the previously black mailbox. Oops.) We have a dark brown house with white trim, yellow window boxes, and a yellow door. Orange seemed to be the perfect counterpoint to all those colors and a few coats of spray paint made it so. 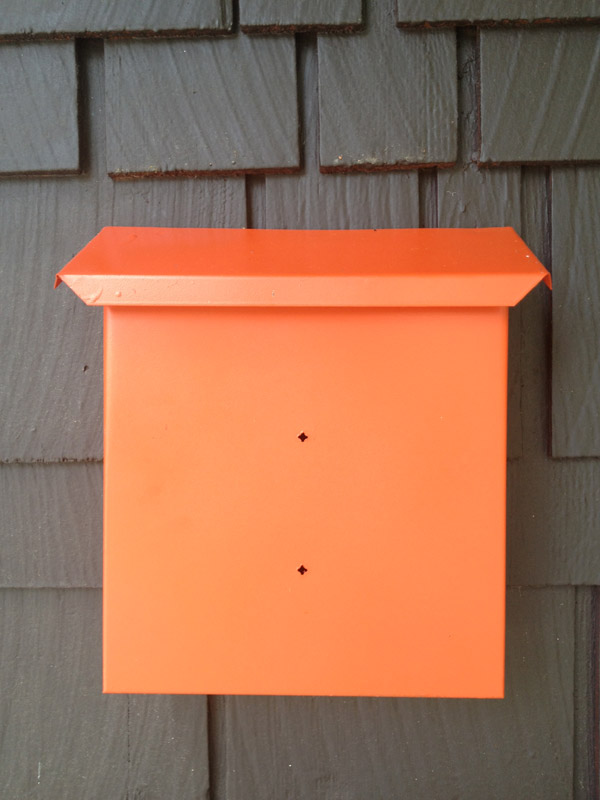 I wanted it to have a little more to it, though. And I’ve always loved vintage mailboxes that say “POST” or “LETTERS”, so I started gathering pictures. But I couldn’t help but feel like the whole “vintage mailbox” thing has been played out. So I was also trying hard to figure out something else I could do.

Then one day I  was looking at the last photo above. The one that says U.S. MAIL on the side. Suddenly the words flopped themselves in my mind and I saw something altogether new: 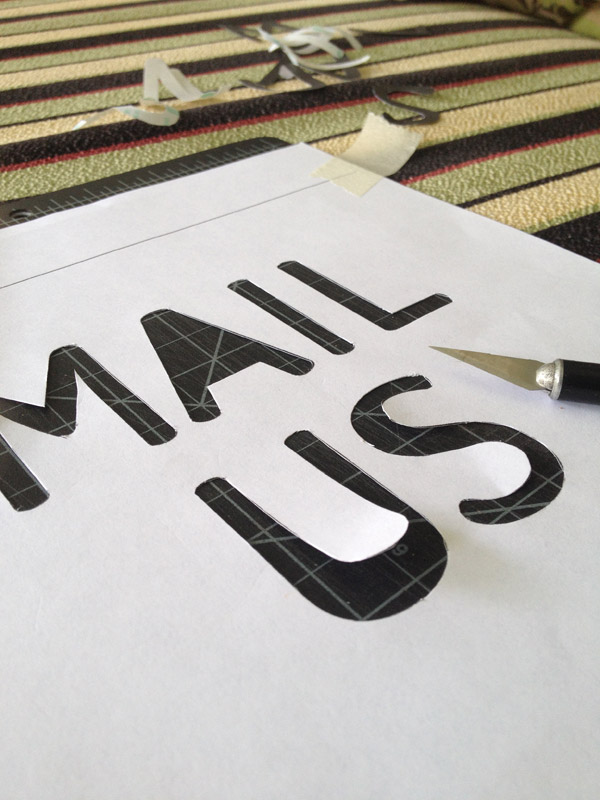 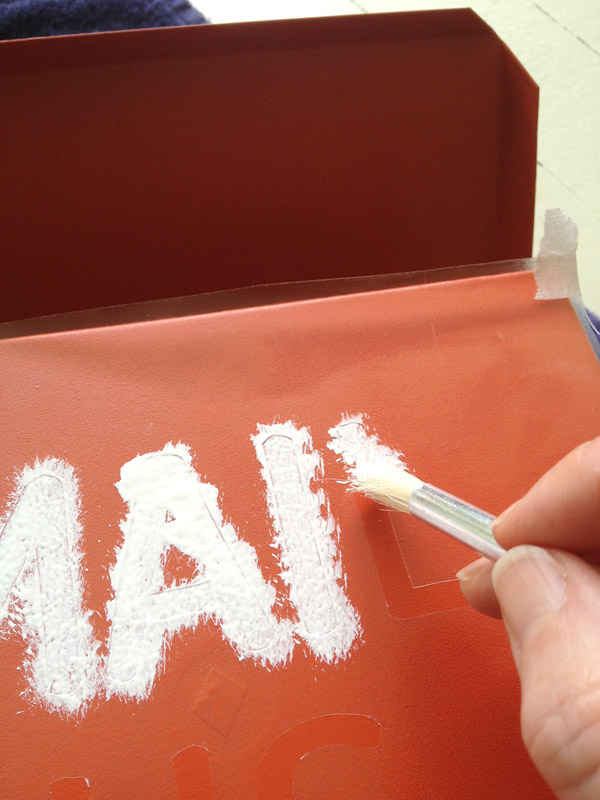 And voila! Our new mailbox! 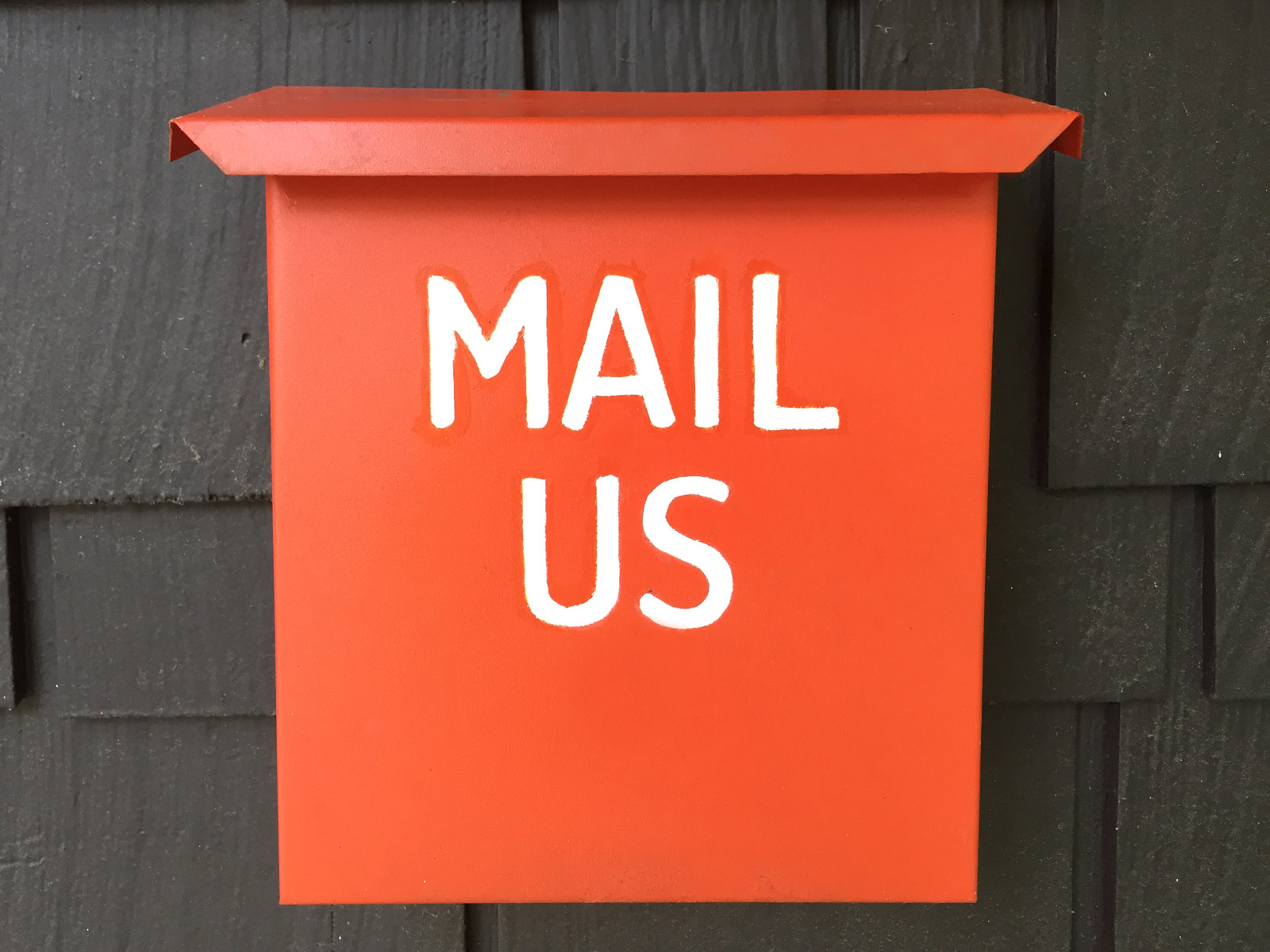